Is Your Toddler A Picky Eater? Medical Conditions Parents Need To Be Aware Of

It's quite normal for toddlers to be picky eaters. However, parents of picky eaters should understand that there are conditions that can cause children to be picky eaters. If you are the parent of a toddler who is a picky eater, it's important to have your toddler assessed by a gastroenterology specialist, particularly if your child's picky eating has caused them to lose weight.

Here are four conditions that can cause small children to become picky eaters.

Gastroesophageal reflux (GER) occurs when stomach contents flow backward into the esophagus. The stomach acid causes a burning sensation in the chest, nausea, and discomfort. When this occurs continually, it causes gastroesophageal reflux disease (GERD). It can happen after eating certain foods that the child is sensitive to. After one or several times of having GER, a small child may become conditioned to avoid eating those foods again and, thus, become a picky eater. Sometimes GER can be caused by a hiatal hernia, so it's important to have an assessment done by a gastroenterologist.

Food intolerance can also cause a toddler to be a picky eater, similar to how gastroesophageal reflux can cause aversion to certain foods. When a two-year-old child refuses to eat bread, for example. he or she may recognize the bread as having caused them to have gas pains or belly aches in the past due to gluten intolerance. The same holds true for when a child refuses cheese or milk when they have lactose intolerance. If your child is refusing to eat certain foods that caused gas or stomach pains before, take them to be evaluated by a gastroenterologist for food intolerance or sensitivity.

Children who were born very premature and had received prolonged care in the NICU (neonatal intensive care unit), which included intubation or prolonged nasogastric feeding, are prone to developing what is called post-traumatic feeding disorder of infancy. In fact, according to a study published by the American Journal of Clinical Nutrition, infants born at 32-36 weeks of gestation have an increased risk of being a picky eater at age two than children who were born at full term.

Depending on any symptoms your child may be currently experiencing or had experienced previously, a gastroenterologist will order tests and imaging to aid them in diagnosing whether or not your toddler's picky eating is caused by a medical condition. 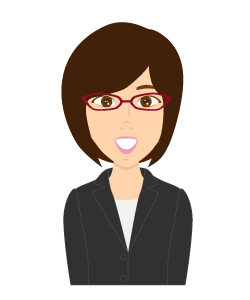 Two months ago, I attempted a cheer-leading move I regularly did when I was younger. Unfortunately, my muscles weren’t adequately warmed up. I ended up tearing my hamstring. After two weeks of ongoing pain, I visited my trusted physician at a health care clinic located a few miles from my home. At this medical facility, my doctor thoroughly examined my leg. To ease my pain, this health care professional prescribed a steroid. This individual also showed me a few stretches to do. Thankfully, my condition improved drastically. On this blog, I hope you will discover some of the most common medical problems doctors at health care clinics treat. Enjoy!